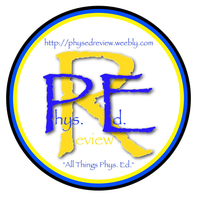 An open letter about Dodgeball and Human Target games...

(Dodgeball is a game in a category of games called "Human Target" games.  These games use students as targets that other students throw at with a ball or other object in order to "get them out").

Dodgeball. You love it, or hate it.  You play it, or don't play it.  No game in the history of Physical Education has provoked such polarity as the the game of Dodgeball.  Proponents love it because their students love it, or "we've always played the game why change now?"  Critics of the game see it as nothing more than toned down warfare with the intent of hitting someone with a ball really hard.  Before I give you my own feelings on the game, let's look at the history of Dodgeball.  (Note, other websites are consistent with this history.)

"Dodgeball was originally played in Africa over two hundred years ago, but instead of the fun, jocular game that it is today, it was in fact a deadly game.  Instead of using soft, rubber balls, the game was actually played with large rocks or putrefied matter, and it was used as an intense work out for the tribes, where each competitor would attempt to hit their opponent with the rock to injury or incapacitate them.  Once a player was hit, they would attempt to be pelted by further rocks to finish them off. It would be the responsibility of the team mates of the fallen competitor to try and defend him and force the attackers off with their own rocks.  This would said to be a great way to encourage the tribesman to work together during skirmishes against other tribes, working to take out the weak and protect their own." (1)

So we see the origins of the game.  Not a pretty picture.  But some may say the game today is nothing like the game from two hundred years ago.  There are rules in place and the balls that are used are softer and don't leave lasting physical injuries.  But what about emotional injuries?  There are some Physical Education teachers who feel the game is appropriate because kids today don't know what it's like to lose, or have adversity, and that a game like Dodgeball can teach that, or provide students with the opportunity to display good judgement.  But is that the case?  In this day and age of increasing violence displayed every night on the news and even (in some cases) in our schools, do we not owe it to our children to give them a safe place that they can go to every day?  The school, and by extension the gymnasium, should not be a dangerous place for our children.  Nor should it be a place where inappropriate practices are taking place.  (If you think I may be off on this let me ask you a question:  After the Paris attacks did your school put out instructions to all teachers on how to talk to kids about this and other acts of violence?  My school did.  Let's face it, it's the reality of the world we live in).  Another question is this:  Are there other types of activities that can teach those concepts rather than a game where one student is trying to throw a ball really hard at another one?  A creative and resourceful teacher would say, "Yes".

Some people may say "Well it's a game that we played for many years and it's a tradition".  Games like Duck, Duck, Goose, or having one student climb the rope while everybody else watches, have also been traditions that are now practices of the past (I hope).  And this leads me to my next point.  If we are playing the exact same games that we were 10, 15, 20 years ago, should we not re-examine our lessons to make sure that they are appropriate for today?  Did you know that there are now five national Physical Education standards rather than six or seven? (2)  Did you know that there are grade level outcomes for each grade and a very detailed explanation of what we should be teaching in Physical Education? (3)  You do now.

"With the recent release of both a movie and television show about dodgeball, debate about the game’s merits and improprieties has escalated in the media and on the NASPE listserv.  Thus, the National Association for Sport and Physical Education (NASPE) would like to reiterate its position about including dodgeball in school physical education programs.  NASPE believes that dodgeball is not an appropriate activity for K-12 school physical education programs." (4)

In addition, in a document called "Appropriate Instructional Practice Guidelines, K-12: A Side-by-Side Comparison" published in 2009 by SHAPE America, it states that an "inappropriate" practice includes:  "Human-target games (dodge ball) and/or drills that allow aggressive behavior toward other students are permitted" (5).  This quote is under the "Learning Environment" section with the subheading of "Safety".

If our national organization is saying this about these types of games, should we not be following it?  After all, this organization fights very hard to make sure we all have jobs. Do we not owe it to them and the profession to "do the right thing"?  Whenever somebody comes into my gym I always ask myself "can I support and defend what I am teaching?  If the superintendent of schools walked-through, a member of the school committee, or even a parent, will I be able to defend what I am teaching?"  If I play a human target game, I simply cannot.

First off let me say that I used to play these types of games in the past.  It wasn't until the position statement came out in 2009 that I began to phase it out of my program.  About five years ago (right after the "Position On Dodgeball In Physical Education" position statement came out) I conducted a one hour workshop at the New Hampshire Association of Health, Physical Education, Recreation & Dance's annual conference.  The title of my session was "Dodgeball Alternatives and How To Remove Human Target Games From Your Program".  In it I referenced three key factors that were essential:

1. Post not only the "Position On Dodgeball In Physical Education" position statement but also the "Appropriate Instructional Practice Guidelines, K-12: A Side-by-Side Comparison" section noted above on the gymnasium wall.

2. Allow for the opportunity for students to play human target games before or after school but not during Physical Education classes.

3. Research and/or create games that look like human target games but are using other types of targets instead of humans as targets. (Examples of these types of games can be found here: http://physedreview.weebly.com/dodgeball-alternatives.html).

In closing, I know there will be many who do not, and will not, ever agree with my position.  I'm OK with that.  It is my hope that some will read this letter, reexamine their own teaching practices, and be willing to make some changes.  I understand that change takes time, and so did writing this letter.